Huston, We Have a Problem 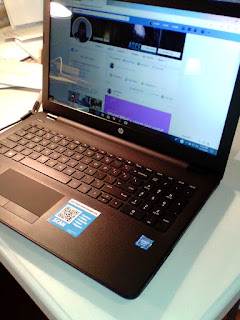 So, I got this new laptop. An HP. I've always wanted a laptop. Coveted anyone I saw with one, and since I work around students, I'd look on with envy. My husband said we'd get one this summer, and so we did. Earlier than I thought.
Happy Birthday to me!
Buying it was no problem, as it wasn't too expensive. But I found I would have problems. More than I thought.
For one, I couldn't get Internet unless I had the umbilical cord (an ugly, yellow thing), hooked into the modem and my laptop.
I knew I'd have to call them. You know. Those people who you get Internet from, whoever they are.
Mine happen to be Frontier. Just so you know.
I don't normally have problems with my Internet. It's usually handled professionally, and with some pleasant American person I can understand.
Not this time. I waited until Monday to deal with this. A bunch of things got in my way before I could make the dreaded call. I dreaded it because something in my gut told me I'd have trouble, since everything else I've tried to do went wrong.
Here's the list:
1.) Tried to get my files put into the new computer. It didn't recognize them, as I work with Open Office (a FREE document file. In other words I don't pay for any Windows operations.) And so it came in as gobbly-gook.
2.) Tried to get my gmail account on it. Nope. Google didn't recognize it, and thought some bad person was trying to hack my account. Still trying to get this resolved, but I don't think it'll happen.
So, when I called the Frontier people, I just had a horrible feeling down in my gut I was not going to be able to move around the house and have Internet on my new HP.
I spent approximately 50 min. waiting for someone to pick up. I then heard the man on the other end who had an accent that would further my headache in dealing with this little issue. Oh, shades of PeoplePC [my former Internet provider].
So, he starts asking me to do this and that. Works on it. Still having no luck. And at the end of 2 hours of talking to this guy, he's telling me I need to have someone look at my computer, because he's saying it has a problem.
Riiiight. 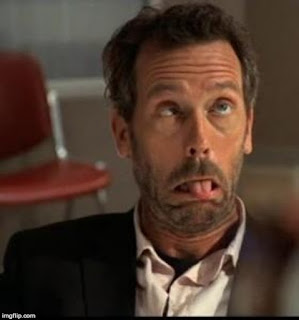 He tells me I should have Chrome, too. Which is neither hear nor there. I thought he was making excuses. I asked him if I didn't need something else to help bring in wifi. He didn't answer me. It was like I was talking to a brick wall.
When it appeared he was giving up, I said, "So, I'm not going to have the WiFi on this computer" I should have added "because you're a moron", but I didn't. But I should have. Because that's how I felt. I was being jerked around by this guy who had no idea what he was doing. 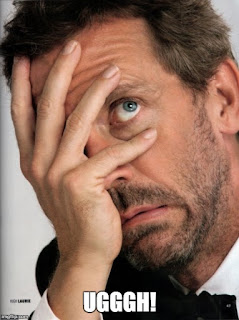 I told my husband about it later on. He didn't know what to tell me, he doesn't even use the computer. He doesn't even use Internet, or texting on his phone. Hey. We're from the Bugs Bunny era, so don't give me flack! If I wasn't a writer, I wouldn't even have a computer.

Buuuuut.... he went to a co-worker. Someone about half his age, and asked him about this problem. He told Dennis what we needed was a ROUTER. He drew a little diagram, wrote some stuff down, and he came back to the house and said "Let's just go and get one."

About 45 minutes later, we have this router, plug it in, I ran the disk and simple instructions.
Voila! Internet! 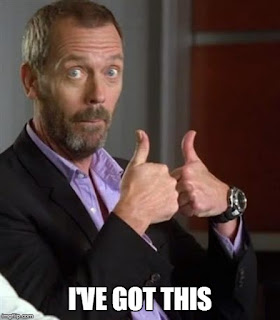 Somehow what seemed like an insurmountable problem was resolved, and I'll never get my 3 hours back I wasted with that moron at Frontier. He should have asked right at the start if I had a router. Duhhhh!

Now, the other problems, I have no idea how to fix them, or if I will. Do I just get another email account?
Not sure what to do about the files. If my computer doesn't recognize them, then what? My husband suggested anything new I want to work on I do so on the laptop. My older computer still works, but it's slow, and I have no idea if it will just suddenly quit working. I've had that happen on a previous computer.

In the meantime I can listen to music, watch Rosemary & Thyme, or some other shows. (And I discovered at one point that I have a disk player as well, so I didn't really need the flash drive, but I got that anyway.) I can sit in any room, and probably go outside, but I'm waiting for it to warm up and not rain any more. We were in 50's yesterday and it rained all day! Ug!

So, anyway, the sun will come up tomorrow. 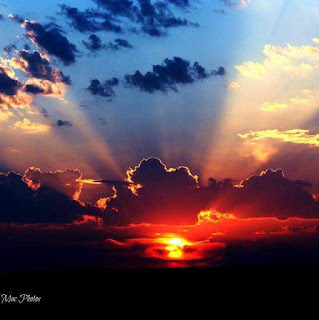