Donna is a great fan, and I met her last year. She runs a motel, and we stayed there, but she learned that I was a writer, and was a fan of the vampire genre. She bought the first book (paperback), and had to read them all. The next instalation, Interlude,  was also gobbled up and read by my friend in the UP. Every book she read she posted at Amazon. But somehow they deemed something wrong, and took them down. I don't know why Amazon is so hard on authors, don't they realize the reviews are what sells the books???

Anyway, without further ado, here is Donna's review for #7 book.

As you know I gave reviews of the first 6 books & gave 5 stars on Amazon. For some reason they deleted them all. Not cool. That's why I'm sending you my review after I read book #7 so you could post it on your blog. This series is a MUST read. Once you get started, it's hard to put down. It has something for everyone,  whether it's vampires you love, romance, adventure, paranormal, even a little comedy with a leprechaun named Rick.

Sabrina is the sibyl with magical powers and her blood is too much for vampires to resist. She's surrounded by all these hunky vampires who want to mate with her and demons who want to kill her. She's married to a vampire named Vasyl who marked her when she was 10. Now he's gone because her blood is so sweet and he could drain her. Her protector, Dante, was a shapeshifter, had a difficult change and died. He's now an Undead. Dante is with Sabrina always to protect her. No matter who she's married to, when she dies they will be together forever. Hobart is another protector who's a werewolf. Sabrina was bitten so she does turn.  This is only a sample of the men in her life and her roller-coaster life.I would love to see this series made into a movie. Keep writing for fans like me!  Donna 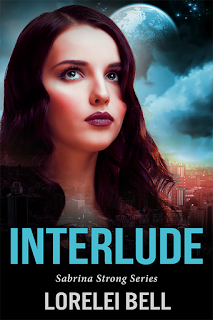